Healing the father-wound means we don’t have to pass it on to our children. Nothing is more urgent for our world than building a new kind of masculinity, writes Steve Biddulph

Family therapists think differently from most people. And that difference can be the most useful thing about us. For example, in family therapy there is no concept of blame. Most families arrive with the members carrying huge burdens of blame, mostly of themselves. But a family therapist knows that life works in interactive circles that really have no beginning and no end. Family problems are rather like a dance people have grown into. The dance just keeps repeating itself, bruising and confusing those caught up in it. What’s needed is some skilful choreography, so that it can be a happier, more passionate and liberating dance, where all the family members can be themselves and feel loved and appreciated.

It’s the same in the big world, too. A culture can get stuck in a stale and repetitive pattern that makes everyone miserable. I think that happened between the genders in the 20th century. It just became unbearable. Women were the first to notice, and the best equipped to communicate their unhappiness. They started to break free. But it was a partial change. The choreographers forgot about the other dancers. Especially the men. They kept doing the old dance. And when that collided with the new dance women were doing, they copped a fair bit of blame.

There were certainly some terrible men all through history, and a patriarchal system that today still keeps some terrible men in charge. The violence, sexual misuse, rapacious business practices and Earth-destroying economic system reached their peak in a century when a hundred million were killed in wars. In fact, for centuries, most of the trouble in the world seemed to have “male” tattooed on its forehead.

All the same, as a man, as the parent of gentle-hearted little boy, and as a therapist, I couldn’t get comfortable with this worldview. While I had come across some horrible men, some bullying psychopaths, most men I talked to were simply lost. I was getting to know men at a deep level – Vietnam veterans, police officers, factory workers, business executives, tattooed hard men and quiet bespectacled men, gay and straight, old and young. The more I did this work, the more the sheer confusion and lack of inner resources of 20th-century men touched my heart. I found they could grow, and be helped, and become much better men, but the problems were so widespread that therapy wasn’t enough. Men needed a social movement, exactly as women had. 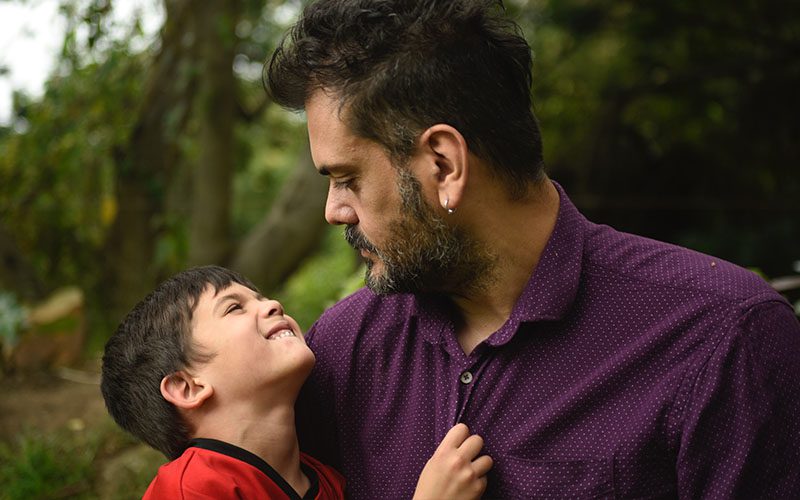 In my student days, I had spent time living among tribal people in New Britain in the Pacific, and later with families in West Bengal. In those places, the men were nothing like those in the developed world. They were affectionate, very skilful with children, and expressive, even exuberant, with their emotions. As I researched the hunter-gatherer tradition more and more, I discovered that it evinced a deep and dedicated fathering and nurturing tradition that meant that every boy and girl had hours a day of father time, shared also among uncles, grandfathers and older boys.

A slew of writers in the 1990s, including Robert Bly the Minnesotan poet and translator, and psychiatrist Anthony Clare in the UK, began pointing out that the fathering traditions of a hundred thousand years were the first casualty of industrialisation. Suddenly, fathers working down coal mines or steel mills no longer had hours a day with their wives and children. In one generation, they became scary figures who showed up in the house at night, in every sense the worse for wear.

It was the father–son bond that was most damaged by this change. All sons have a dream idea of who they want their father to be, and all fathers have a dream idea of the son they will raise. These fantasies must evolve into a real relationship, warm and robust, and that involves long hours learning and being with each other over months and years. The industrial era reduced fathering time to mere minutes a day. In both the poorest and the richest sectors of society, many sons barely knew their fathers.

This wound became a very toxic one, and very widespread. Add in the emotional shutdowns of several world wars, migration, dislocation and unemployment, and most fathers of the 20th century simply lost the plot. When I talk to groups of men across the globe today, only about one in ten is actually close to his father. The rest are about equally divided between merely dutiful, somewhat prickly, and outright estranged. And so being close to their own sons is a challenge. We men want to be good dads, when most of us have never seen what a good dad looks like.

Whenever I speak about the father wound, which I have done from Africa to Asia, Ireland to New Zealand, in palaces and in prisons, the effect is always the same. From my vantage point on the stage, I can see something that nobody else sees. Men with tears in their eyes, all across the room.

In a magazine that focuses on gentle parenting, on creativity and fostering the uniqueness of our children, and on living in a way that is kind to the Earth, we mustn’t forget one of the key foundations of what makes families work. Children – boys and girls alike – need to have men in their lives teaching them what to seek out in a man. When the men go missing, the loss and damage is very great. To prevent this, we need to heal and support men, to help them through the aching grief of father absence in their own lives. We need to bring a sense of community, exploration and sharing to men who want to do better than their fathers did, or even just do no worse.

Now that I am of grandfatherly age, I am rededicating myself to this work, gathering men together, treating them tenderly and yet with challenge and a crystal-clear gaze, recognising that the salvation of the world needs healthy, happy men of energy and heart. I hope some of the men you care about will be able to access this help, and that it lights a fire that spreads. I think our survival depends on it.

Steve Biddulph has received worldwide acclaim and won many awards for a lifetime of work with fathers. www.stevebiddulph.com. 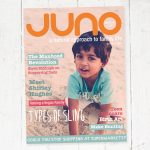