It was always a very touching moment with our children when, tender little hand holding big hand, we went with each for their first day of school, excitement mixing with varying doses of trepidation on both parts, bigger hand though trying to exude confidence and calm.

When is the right time for our children to start school? And what should they be doing before then? These concerns have never been as contentious as in our current time, and there are conflicting messages coming from different quarters.

On the one hand, there is a relentless push to do things earlier and earlier in schools and nurseries, with the ‘schoolification’ of early childhood.

On the other hand, ask the British public when they would prefer their children to start school, and one poll suggests that more than two-thirds would prefer at age 6 or 7, in contrast to the actual starting age of 4 to 5 in state schools.1 Many parents feel that children are under too much pressure at this early age. Is it just arbitrary that 88% of countries start schooling two years later? Or is there something behind this that we can learn from?

We often used to go to Switzerland in summer, my wife being Swiss. Some years ago, when our children – who numbered three at the time – were all under 7, we stopped in a village outside Basel, heading for a café with a spacious outdoor area so that the young ones could play.

Being with children is often a conversation opener with strangers, and the impassioned topic that arose with a mother of a young child next to us was… school readiness! “I hear that Mr X (a politician) is pushing for more learning of the three Rs in kindergarten in Switzerland,” I ventured, curious to hear her view.

“Oh, no, that’s not good at all! That’s the time they should be playing – that’s how they learn at that age!” she replied. I was impressed. Her children went to a local state nursery, yet she was absolutely convinced that formal teaching before age 7 was the wrong approach. But this was Switzerland, and this approach is embedded in the culture and the people. Are they disadvantaged? Along with many other countries where school starts at age 7, Switzerland ranks high in literacy and numeracy, and high in the UN surveys on childhood happiness and wellbeing.

Stepping out of a mindset

We need thus to first realise that our thinking on the issue of school starting age may be strongly influenced by the culture we have grown up in. It can be very instructive to step back and objectively consider the customs of other countries and cultures. What is very interesting is that the 12% of countries where children start school at age 4 or 5 were all once part of the British Empire!

The laws of previous centuries governing an age-7 school start had their roots in deeper-seated customs and wisdom going back to before Roman times: seven-year rhythms were observed in child development, and the first seven years were recognised as a time for play, not for schooling. Notable educators and psychologists of the past two centuries began to examine this further, from Fröbel to Steiner, Piaget, Montessori and more; following more exact scientific observations, all came to the same conclusion – that children benefited most if their activity in the first seven years was based on play, surrounded by the love of adults.

What is happening in the first seven years? Educators and scientists have approached this from different angles, and these are coming together to form a picture of early childhood.

In the Steiner schools, where I have had involvement, it is acknowledged that the development of the human being is not just physiological: that we need also to nurture the soul forces in the growing child – that each child is a spiritual entity, not just a mass of coincidental atoms. But these soul forces also need time for growing, and, as with all life processes, this happens in certain rhythms. These rhythms are the basis of the seven-year patterns we observe throughout life, especially in the first three periods.

Though the picture is more complex, with intertwining rhythms from other processes, the general observation is of the will life being the predominant force in the first seven years: the grasping of the world through imitation and active interaction. We can easily observe this in the incessant desire of the child for action and doing! The integration of all the senses is very important in this process.

During the second 7-year period, it is especially important to nurture the feeling life, which is why the Steiner school curriculum for this time emphasises the arts and experiential activities, which are integrated into all areas of learning. The arts help the child connect inner life with the world around, giving greater meaning and joy for learning.

In the third period, thinking takes on a new form, more pronounced and individualised; hence this is the time for greater specialisation and abstraction. After this three-times-seven-year period, willing, feeling and thinking have matured to the point of childhood being ‘complete’. The age of 21 has always been seen as a significant point in adulthood for this reason.

The scientific physiological research does not differ, but it confirms this picture from other vantage points. The physical development of the child up until age 7 lays a new foundation for the whole of life. Science speaks now of ‘embodied cognition’, where ‘learning’ is through experiencing first without thinking. It is this physical activity that builds the neural pathways of the brain. Sitting children at desks and making them prematurely use abstract thinking, worse still accompanied by computer tablets, significantly limits their integrated sense experiences, affecting physiological development and thus future cognitive abilities.2

The general principle for all these findings is that if we work with the natural rhythms of growth in childhood, instead of against them, we will enhance not only long-term learning, but also wellbeing and happiness. 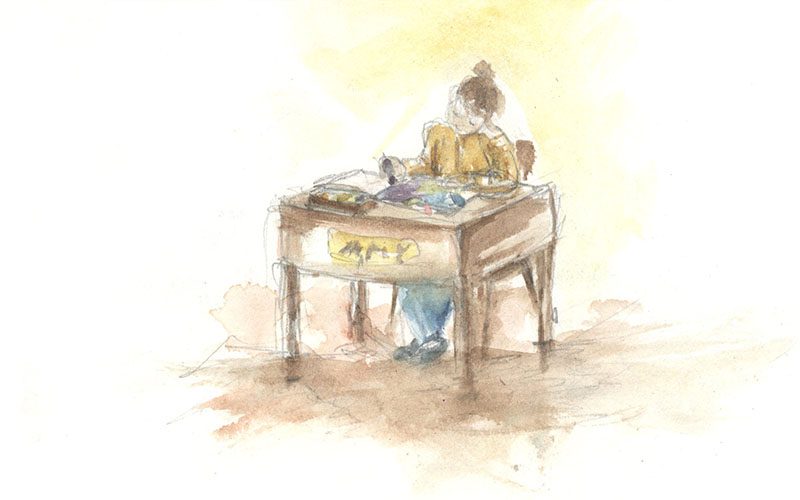 There is not a single study to back up long-term benefits for early schooling. In fact, all the research points to the opposite: that an early school start actually harms children’s development, with long-term effects on their attitude to learning as well as on their mental health. In studies by the UN, children in the UK rate very low on the tables for happiness. A later start to school, with early years based on play, increases children’s positive learning orientation and significantly enhances their emotional resilience. Any academic ‘advantage’ from an early start disappears by age 11. Furthermore, economically disadvantaged children suffer the most from early schooling.3

We might be tempted to think that all we need to do now is re-present the evidence for a later school start in order for politicians to change the law. Yet in 2013, when 130 educators from around the UK wrote an open letter to the government calling for raising the school starting age, they received a cold shoulder.

A spokesperson for the then education secretary Michael Gove responded: “These people represent the powerful and badly misguided lobby who are responsible for the devaluation of exams and the culture of low expectations in state schools…”

Most politicians are still too caught up in the Victorian economically based mindset, espousing slogans like “Bold Beginnings” for 4-year-olds (the title of a recent Ofsted report), sounding more like a military campaign rather than one showing sensitivity for life. They introduce high-stakes testing, getting schools and parents in a frenzy to try and keep up with league tables, and with countries in competition with each other over PISA test results. This attitude is working its way more and more into early years as well. And it all has nothing to do with childhood understanding and wellbeing.

So the onus is on each of us first of all to enlarge our understanding of and appreciation for the special nature and development of childhood, and to trust in our inner intuition when we feel it is wrong to relentlessly pressure our young children.

The next step is to speak with others about this: for example, speak to your child’s school about the baseline testing and then actively encourage alternatives, as is already happening with forest schools and kindergartens where children can truly play. Giving moral and financial support for groups campaigning for children’s rights is also part of what we can do.

It all does make a difference. Working together for a positive future for our children.

The Save Childhood Movement – www.savechildhood.net

Richard Brinton trained and worked as a Steiner Waldorf teacher, and later was Principal of Hawkwood College, UK. He now lives and writes in Stroud with his wife, Maia, also a teacher. Their four children have now all left the nest. His particular interests are the challenges and hopes that young children face today, and the journey the parents take. @_RichardBrinton 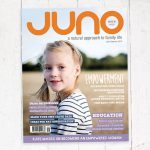 Editor Saffia shares five things she learned working on the Early Spring issue
Next Post: Celebrating Birthdays: Lou Harvey-Zahra reminds us that birthdays are about more than presents