Adverse childhood experiences (ACEs) are specific circumstances that occur before the age of 18 years. They occur in all socio-economic groups, all over the world, and they can have a long-lasting and far-reaching impact on those who experience them. The original ACE Study was published in 1998 and this been continually built upon with more research into ACEs and how they impact our wellbeing.

An individual’s experiences led to a score ranging from 0 to 10. (If the same ACE was experienced multiple times it was classed as one ACE.)

What are the impacts of ACEs?

Put simply, ACEs put children at greater risk of experiencing health, behavioural and learning difficulties as adults. Exposure to ACEs not only impacts brain development, but may also lead to changes in hormonal and immune systems, and even DNA. A 2016 report showed that adults who had experienced ACEs were more likely to smoke, drink heavily, misuse drugs, experience prison, be obese, and to have poor educational and employment outcomes, low mental wellbeing, lower levels of life satisfaction, chronic health conditions, heart disease, cancer, and teenage pregnancy.

The more ACEs an individual experienced, the greater that person’s risk of a wide range of health-damaging behaviours and diseases as an adult, resulting in a shorter life expectancy. The original study showed a significant increase, in those who had experienced four or more ACEs, in 7 out of 10 of the leading causes of adult death, including heart disease, lung disease, cancer and suicide. It has also recently been shown that parents with a high ACE score are more likely to have children with behavioural health problems, with the impact extending from one generation to the next. Even when as adults they do not expose themselves to high-risk behaviours or experiences, they still have poorer health outcomes and shorter life expectancy.

How do ACEs lead to these outcomes?

The mechanisms of ACEs are rooted in neurobiology and the body and brain’s responses to stress. Not all the details are fully understood. It is hypothesised that if someone experiences long-term unpredictable, fluctuating or heightened levels of stress (toxic stress), changes take place in brain structure and function. The more ACEs experienced, the greater the exposure to stress, which may cause greater physiological changes thought to affect the whole body and its various complex systems, meaning that the body does not respond in a biologically normal way to stress. The developing brain and the hormone and immune systems are adversely affected.

What can we do about ACEs?

There are two main things we need to do: prevent ACEs from occurring in the first place, and support those who have experienced them.

The Scottish and Welsh governments are currently leading the way in the UK. Scotland is working towards being the first worldwide ACE aware nation and hosted the first UK conference in September 2018, with the American paediatrician Nadine Burke Harris attending. Burke Harris is a huge proponent of the ACEs movement, and set up the Center for Youth Wellness in San Francisco to address the issues. Her TED talk on childhood trauma has had over 4 million views.

As ACEs and their impact become more widely known, the research is informing government policy and services. The General Teaching Council of Scotland is integrating the knowledge of ACEs into practices in teaching, and Nursing Times has discussed ACEs and how they impact trauma-led care models. Blackburn with Darwen Borough Council was one of the first to implement practices and initiatives across its children’s services to try to reduce the impact of ACEs through intervention in early years and providing support to parents identified as having experienced ACEs themselves as children.

However, having experienced ACEs doesn’t always mean poor outcomes. The extent to which stress is tolerable or positive rather than toxic depends on many factors, including genetic predisposition and the presence of secure attachments. “There are people with high ACE scores who do remarkably well,” says paediatrician Jack Shonkoff, founding director of the Center on the Developing Child at Harvard University. Resilience, he says, builds throughout life, and close relationships (meaning secure attachments) are key. Resilience can turn toxic stress into tolerable stress. Having a secure attachment despite experiencing adversity is critical to minimising the impact of ACEs.

There is still much learn to about the mechanics around this and the interplay with ACEs, but there are clear links, and each may influence the other in a biofeedback loop.

How does carrying impact ACEs?

Research has shown that secure attachments build when a child’s needs are consistently met, building trust and security in a loving, caring environment. Children grow to be independent knowing there is a safe base for them to return to. These children develop into adults who have healthy long-term relationships, high self-esteem, long-term friendships and good interpersonal skills. They show empathy, compassion and a conscience, and they have a positive outlook and the ability to manage stress. But why is this?

A secure attachment is defined as a deep and enduring emotional bond that connects one person to another across time and space. This can be between a child and the child’s caregivers, including parents, nursery workers and teachers, or with another significant person who is present in the child’s life.

A secure attachment and shared life experiences impact positively on optimal brain development and the connections in the brain, with links to the reward centre and emotional responsivity and many of the regulatory structures in early life. Attachment influences the developing brain – specifically the limbic system, which deals with emotions, behaviour, motivation, long-term memory and many aspects that are essential to the life of all mammals, such as self-preservation and finding food; and the orbitofrontal cortex, which is linked to reasoning, rational thought, decision-making, impulse control and response inhibition.

The lack of a secure attachment in a developing child may disrupt the optimal development of these areas of the brain and lead to impaired autonomic homeostasis. Homeostasis is a key property of biological systems. Essentially it keeps everything well-balanced in the cells and body for optimal survival. Attachment and homeostasis are inextricably linked. This is how humans evolved to survive; it was built into the brain systems from the early primitive time of human evolution.

In fact, research integrating attachment and neuroscience has found that “the art of a certain specialized form of relationship and attuned connection isn’t just helping people feel better, but deeply changing the physical function and structure of their brains as well.”1 This demonstrates the huge impact of attachment on our brains, even once those structures have developed, through childhood and adolescence and into adulthood.

Exposure to stress hormones such as cortisol disrupts the development of the orbitofrontal cortex and prevents it from building the functions above in a way that will foster homeostasis. These critical parts of the brain develop during the first 18 months of life.

When stress enters this system, those with a secure attachment have a higher threshold before it becomes overwhelmed. The point at which the stress floods the system is lower for those with insecure attachments, as their base level for the homeostasis system is lower. In addition, repeated exposure to stress can lead the brain to bypass the ‘thinking brain’ switch and go to ‘flight or fight’ response in times when it isn’t needed, so that responses to scenarios are not appropriate. The body then learns from the repeated use of those brain connections to continue to do this simply to survive.

Carrying helps to build secure attachments, likely through complex mechanisms starting with primitive reflexes allowing physical closeness, and this enables the physiological processes that are the building blocks of secure attachment, again going back to how we have evolved as a carrying species.

As parents, we can easily meet our children’s need for secure attachment by carrying, and our proximity then means we are more likely to respond to their needs quickly. Oxytocin is released from the increase in touch and closeness, and this has a reducing impact on cortisol. Excessive crying increases the release of cortisol, and carrying has been shown to reduce crying by up to 43%. The release of cortisol increases glucose in the bloodstream to enhance the brain’s use of glucose. It also reduces functions that are not essential for survival, so it alters the immune system response and suppresses the digestive system. Long-term activation of the stress system and consequent over-exposure to cortisol disrupts almost all of the body’s processes.

Excessive crying is hugely stressful to parents and can cause negative interactions. This can be detrimental to the mental health and coping skills of parents, and it has been shown that parental responses to their child reduce both in frequency and in quality as a result, and in some cases this may lead to child abuse – an ACE.

Research in 2017 showed that soft touch may have a longer-lasting impact by changing DNA, due to modulating the way the brain processes cortisol. Soft touch helps to turn on specific receptors in the brain and results in cortisol having less impact on the brain and the interactions with the immune and hormone systems.

How exactly ACEs, attachment and toxic stress impact long-term health and life expectancy is still being explored. However, a possible model has been proposed, “through which socio-economic factors might influence childhood experiences in a way that not only leads to harm in adulthood, but simultaneously exposes the next generation to similar risks. In this model, childhood adversity leads to damaging metabolic, immune, behavioural and developmental changes, which can be offset or mitigated to some extent by secure attachment experiences”.2 The authors make specific suggestions for future research to explore this area further. Whilst it is not known to what extent secure attachment experiences may buffer the impact, it is clear that prevention is key. It is no coincidence that the baby box given to all new parents in Scotland contains a sling. Secure attachment may help to impact on two levels: supporting the building of a robust system (approximately up to the age of 3); and offsetting or buffering stress when it comes into the system (in older children and adults).

Through the interactions with attachment, brain development, reducing stress hormones, and increased soft touch that increases oxytocin, carrying may help to prevent ACEs and build resilience to reduce and even perhaps negate their long-term impact.

Zoë Woodman has three children and is a trained and insured carrying consultant. She graduated from the University of Hertfordshire with a first in Psychology. She runs bespoke training, workshops and consultations for parents, caregivers and professionals in and around the Surrey, Sussex and London area as well as writing a blog and working with brands and companies on all aspects of carrying.

Full references for this article are available on request from info@theslingconsultancy.co.uk

To find a carrying consultant or sling library, see www.slingpages.co.uk

Why Babywearing Matters by Rosie Knowles, published by Pinter & Martin

Physical Support was originally published in JUNO Early Spring 2019 Issue 59. For further information, or to purchase the issue, please click on the button below. 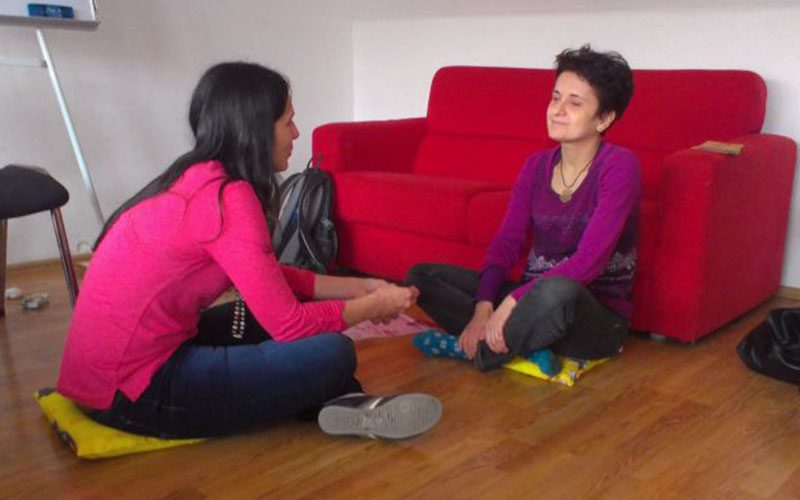 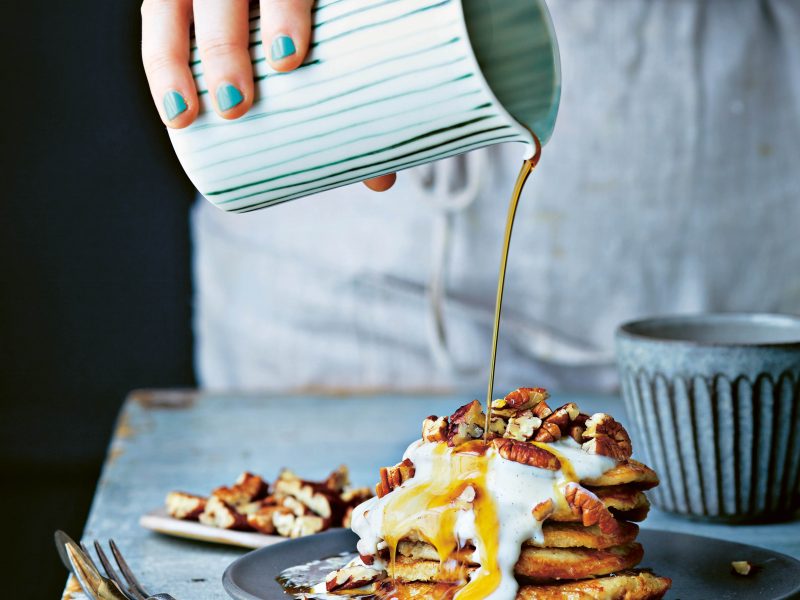